How the Crisis Affects the Startup Market

There exists a belief that any emergency accelerates the development of previously existing tendencies. The year 2020, which has changed the lives of all mankind, certainly proves that statement.

It is hard to imagine what would happen to us without information technologies. They are what allow people to remain a part of the global society while being physically isolated.

All areas of economics had already been undergoing a transformation, but the circumstances at hand left no choice even to those who kept postponing digitalization for various reasons.

The level of competition among startups, which was always high, has skyrocketed. While dealing with an economic crisis, investors are not willing to spend money like before. This has resulted in the formation of new types of startups, less dependent on external investments.

In this article we will explore:

What animal is your startup

It may sound strange today, but tech startups used to be called simply “startups”. Sometimes venture capitalists referred to them as “portfolio companies”, while customers called them “tech companies”, but “startup” remained the basic term.

The age of unicorns

However, in 2013 it all changed. Aileen Lee, who at the time was Founder and Managing Partner at Cowboy Ventures, wrote a report about a small percentage of startups that reached 1 billion Dollars in valuation within the first ten years of their existence.

Aileen, aiming to underscore the unique nature of such startups, named them “Unicorns”. The term was adopted in society so quickly that it became synonymous with success in the tech industry. The only thing entrepreneurs and investors wanted to do at that moment was to replicate such success.

Unicorns started to appear more often. By 2013 there were only 39 such startups, but in 2019 alone their number reached 142. Silicon Valley became a veritable Unicorn production facility.

The problem with unicorns

This idea has been frequently and justifiably criticized. To raise unicorns, one must adopt a “grow at any cost” mentality, which has a number of flaws:

The sum of these factors has led to the formation of new types of startups capable of successfully functioning on markets with smaller capital.

This year the tech industry needs to expand its vocabulary with non-mythic animals. Even before the Coronavirus led to months of unprecedented economic instability and historic levels of unemployment, venture capitalists foresaw the adjustment of the market and were less active in the search for unicorns.

What’s so bad about developing a company from zero to a hundred million Dollars? Nothing at all, unicorns have every right to exist. The only thing one shouldn’t do is fixate on one idea without considering others.

This issue troubled Alexandre Lazarow and Astrid J. Scholz, so they both came up with new, more pragmatic methods for reaching success, named after actual animals.

Scholz and a group of other startup founders came up with the term “Zebra” in 2017 in a Medium post entitled “Zebras fix what unicorns break”. This type of startup exists on the borderline between two paradigms, commercial and non-commercial.

For zebras, growth is as important as it is for unicorns, but it is expressed not in growth rates per se, but rather in influence made on the environment: development of local communities, increase in employees’ happiness levels, promotion of cultural changes, etc. On the whole, it is a more astute view of growth, where the amount of money and the market share do not play key parts.

Zebras believe it is incorrect when a startup’s success is determined exclusively by numbers, calling it “the tyranny of metrics”. The definition of this term is the following: what can be measured will almost always dominate over what can’t. Profits – over public interests, speed, and efficiency – over pleasure and quality.

The withdrawal from the “standard” model of a startup’s development resulted in financing issues. Investors are skeptical about zebras because of the reduction in conventional efficiency. Also, due to the fact that startups count on long-term self-reliant company development, they are less predisposed to conventional sales of shares or market entry, which negatively affects investor relations. All of this has entailed the creation of a new financing model.

Instead of striving for growth and dominance in an industry, as venture capital firms are known to do, zebras build cooperative relations with other startups. Thus, “Zebras Unite” – an international community of founders and investors with over 1200 members – was created.

In 2020, Zebras Unite Capital, an investment company, was formed. “It provides access to capital by developing distributed, democratic networks, using shareholder and hybrid capital for companies at early stages”.

The 2020 crisis, without a doubt, has affected the development of zebras. On the one hand, the distributed nature of the system allows it to be more resistant to external shocks. On the other – the history of zebras is not that long, so it’s unclear whether they will have enough resilience.

This is the most interesting startup category in the current environment. Many experts believe that the “age of camels” has come to supersede the “age of unicorns”.

Unlike the zebra, the camel – a term that Lazarow invented in his book “Out-Innovate”, released in 2020 – includes venture capital and the ultimate goal – the status of a unicorn.

However, unlike the unicorn, the camel follows a different growth path. Instead of growing as fast as possible, often fueling the process with subsidies or free products at the investor’s expense, the camel takes the lower-risk path.

The camel counts its expenses and knows how much every user costs and how much it can earn from them – it knows its unit-economics – and only after reaching operational profitability does it begin to scale.

This means that camels are less dependent on venture capital financing than unicorns. Despite the fact that camels can still raise several small rounds of investments for strategic leaps, they never veer too far away from profitability, frequently diversifying their business models to strengthen their base. This gives the camel a possibility to survive in developing markets – the “proverbial desert”.

Why camels will defeat unicorns

Camels are not interested in rapid scaling where growth rate is more important than efficiency. They are as ambitious as any Silicon Valley enterprise, but they choose a more balanced growth path. This approach consists of three key elements.

Proper pricing from the very start

Camels do not offer free or subsidized products to sustain customer growth that leads to a high “burn-out rate”. Instead, from the very beginning, they charge their clients for the value of the product they offer. Camels understand that the price should not be viewed as an obstacle to growth. On the contrary, it is a product feature that reflects its quality and position in the market.

Cost management does not mean cost reduction. Many businesspeople believe this generates profits. From a mathematical point of view, it is correct. However, constant attempts at reducing costs have a negative effect on the customer. Product quality goes down, and so do marketing costs. Employees end up frustrated, while the customer goes to a different company.

Management is control. Control over money, risks, and quality. You should avoid infusing substantial investments until you demonstrate the efficiency of your idea and your ability to do business without additional funds. First, you create the foundation, then you grow fast, otherwise, the cost of your mistakes will be too high. You can read more about how to reduce risks in our article “Why is risk coverage in IT a myth?”.

Camels are guided by the thought that a business must be able to survive both rises and falls. Sustainability is achieved by two factors: positive unit-economics and your ability to manage available resources.

Cost management prepares startups for trials in harsh conditions. While a typical Silicon Valley startup has a growth curve that shows large losses before reaching profitability, a camel’s growth curve is less extreme and more manageable. They have the possibility to grow in controlled leaps thanks to the management and bringing in the right amount of investment at the right time.

Slow and steady wins the race?

Breakthroughs don’t happen at once. A startup often aims just to survive, which is especially relevant in the current conditions. The formation of new views on doing business is inevitable. Progress never stands still, and a crisis only accelerates it.

Who will be the winner in these conditions?

This is not the question you should ask yourself. Different models can co-exist, just like different species of animals. Diversity is a good thing. There is no single correct path to success, not least because everyone has a different definition of success.

One thing can be said for sure: unicorns are no longer the only animals in the startup world. There is no need to choose a specific behavior model when you can experiment and take the best from each of them: a unicorn’s ambition, a zebra’s desire to make the world a better place, and the diligence and resilience of a camel.

Don’t be afraid of new things and have patience. Then, perhaps, your own breed of catdog will become the role model for millions of followers. 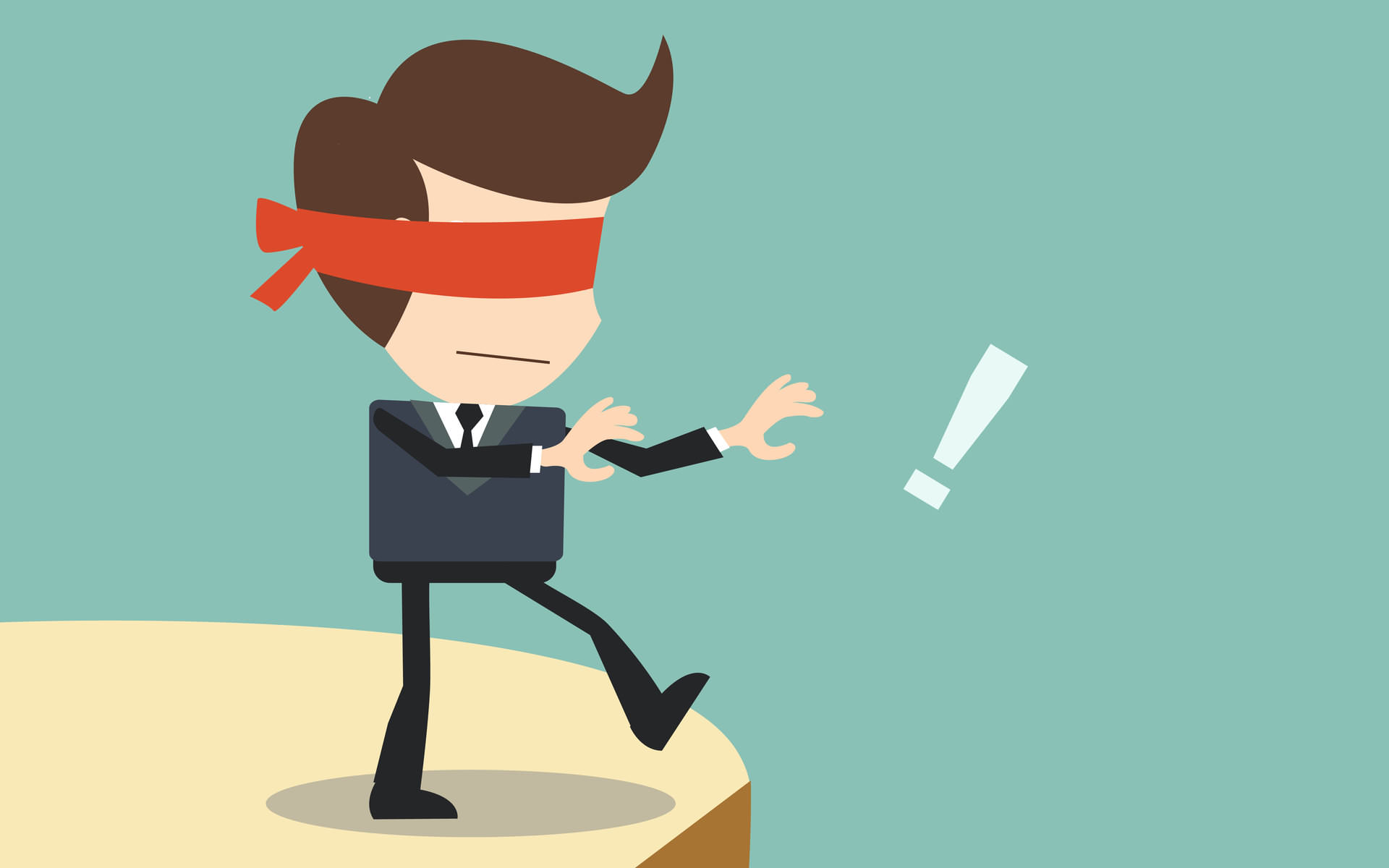 ﻿Why is Risk Coverage in IT a Myth 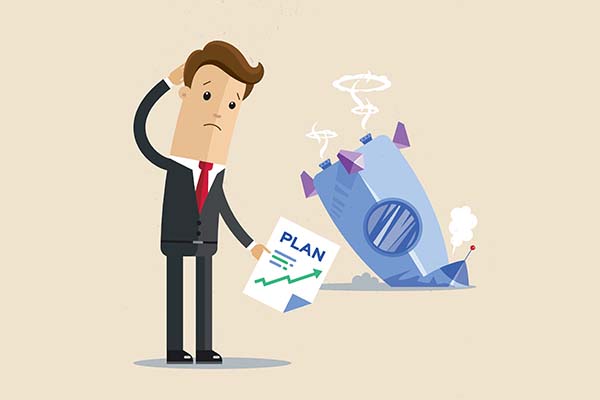 ﻿Why are Outsourced MVPs Impossible to Scale Up?

These cookies enable core functionality such as security, network management, and to provide you with access to features such as your profile and purchases, member-only resources and other areas of the website. You may disable these by changing your browser settings, but this may affect how the website functions.

We recommend enabling these cookies to give you a more personalised experience. Our site uses tools, such as cookies, to understand how you use services and to improve both your experience and our adverting relevance. You can change your Cookie Settings at any time via our Cookie Policy

Save
Contact Us
Type of project: Web
Web Mobile Enterprise
Filter by Technology: All
All Java Node.js Python JavaScript React.js Android Express.js Angular Swift iOS C# React Native Kotlin
Filter by Domain: All
All Insurance Media Management Marketing and Advertising Healthcare eCommerce
Reset Filters
Thank you for contacting us! We have received your message.We’ll reach you out soon!